List of Advertising Slogans and Taglines(or mottos) for MTV 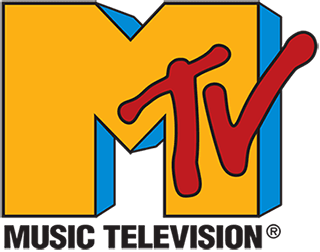 MTV slogans in the U.S.

I want my MTV!

Too much is never enough

Turn it on, leave it on

See the music you want to see

The music revolution will be televised

MTV Lives In Your Music

Some People Just Don't Get It

MTV News: You Hear It First

I love my MTV

On MTV and Nowhere Else

MTV keeps you plugged in

You Down Wit MTV?!

MTV is no longer: It's MetallicaTeleVision (Lars Ulrich in 1996)

MTV (originally an initialism of Music Television) is an American pay television channel owned by Viacom Media Networks (a division of Viacom) and headquartered in New York City.

A slogan is a memorable motto or phrase used in a clan, political, commercial, religious, and other context as a repetitive expression of an idea or purpose, with the goal of persuading members of the public or a more defined target group.
Pre：DPMS Panther Arms
Next：Nick Jr.

Pampers - Discover your baby’s world.
Ferrero Rocher - ​Luscious chocolate.
Duracell - No battery is stronger longer.
Huggies - Do it in Huggies.
Mr. Clean - There's no clean like Mr. Clean.
Lego - The bane of your foot’s existence.