List of Advertising Slogans and Taglines(or mottos) for Apple 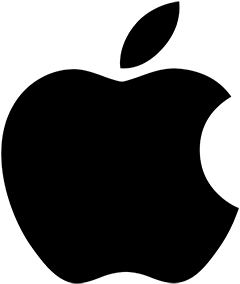 Soon there will be 2 kinds of people. Those who use computers, and those who use Apples. ( Early 1980s )

The internet in your pocket.

The biggest thing to happen to iPhone since iPhone

Loving it is easy. That's why so many people do.

Apple introduces the first low cost microcomputer system with a video terminal and 8 kilobytes (KB) of RAM on a single PC card!

What every educator should know about desk-top computers.

The home computer that's ready to work, play and grow with you.

A is for Apple.

How to buy a Personal Computer.

What kind of man owns his own computer?

Why Apple II is the world's best selling personal computer.

Your wallet. Without the wallet. (2014 used to promote the new Apple Pay.)

It takes minutes of practice to make Macintosh do this.

The computer for the rest of us.

Introducing Macintosh. What makes it tick. And talk.

Of the 235 million people in America, only a fraction can use a computer... Introducing Macintosh. For the rest of us.

It does more, It costs less. It's that simple.

Macintosh-the computer for the rest of us.

Related Famous Taglines:
A slogan is a memorable motto or phrase used in a clan, political, commercial, religious, and other context as a repetitive expression of an idea or purpose, with the goal of persuading members of the public or a more defined target group.
Pre：AT&T
Next：Hewlett-Packard (HP)