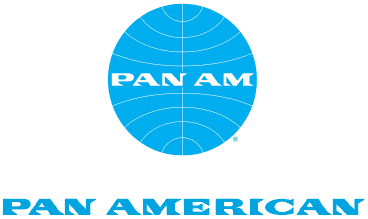 At Pan Am, the sky is no longer the limit.

Expect More From Pan Am.  (Some TV ads )

Pan American World Airways, originally founded as Pan American Airways and commonly known as Pan Am, was the principal and largest international air carrier and unofficial flag carrier of the United States

Related Famous Taglines:
A slogan is a memorable motto or phrase used in a clan, political, commercial, religious, and other context as a repetitive expression of an idea or purpose, with the goal of persuading members of the public or a more defined target group.
Pre：North Central Airlines
Next：Flybe