List of Advertising Slogans and Taglines(or mottos) for PlayStation 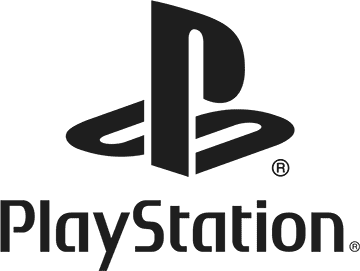 eNoS Lives.
(The first letter 'E' was printed in red to denote the word, ready. Enos stood for Ready, Ninth of September)

U R Not e.
(The letter 'E' was printed in red to denote the word, ready, as in You Are Not Ready)

Do Not Underestimate The Power of PlayStation.
(From the S.A.P.S. - Society Against PlayStation — series of adverts)

(Welcome to the) Third Place.

Your Whole World In Your Hands (UK & Europe Territories)

Step Your Game Up (US Territory, PSP-3000 Series and PSPgo)

The Wait Is Over

It Only Does Everything (US Commercials) (PS3 Slim)

The Game Is Just The Start. Start PS3. (EU countries)

Move Into The Action.

The World is in Play. (EU only)

Push the boundaries of Play.

This is 4 the Players

Where the Greatest Play.

PlayStation is a gaming brand that consists of four home video game consoles, as well as a media center, an online service, a line of controllers, two handhelds and a phone, as well as multiple magazines.

A slogan is a memorable motto or phrase used in a clan, political, commercial, religious, and other context as a repetitive expression of an idea or purpose, with the goal of persuading members of the public or a more defined target group.

Gets Your Teeth Their Whitest.

Viewed to be the Best.